Skip to content
You are here
Home > Authors > Keloid Scarring: What, Why, and Options

Sometimes the skin suffers a wound and the healing results in a scar. This can be on the face or body, small or large and with different depth and thickness.

Alibert in 1816, was the first to use the term keloid, both hypertrophic and keloid scars only appear in the human race.

An etiology could not be determined.

The hydroxyproline necessary for the synthesis of collagen is more abundant in the keloid scar. The activity of the collagenase that stops the excessive growth of the collagen when degenerating it, is greater than in the normal scar.

The most frequent location is in the shoulders, the pre-sternal area and the back. It does NOT occur in the palm of the hands or on the soles of the feet.

It is more common in children than in the elderly. Inheritance is a more non-dominant predisposing factor. Burns often heal with keloids.

There is not a really effective treatment against keloid scar. But combinations of therapies are performed, such as:

Surgical resection, accompanied by steroid infiltration, prisoner therapy, radiotherapy. If a combination of these is not made, it will be reproduced in a high percentage. If the Keloid is very large, it should be replaced by a flap or a total skin graft.

The use of injectable corticosteroids is the one that can produce better results.

Oral corticosteroids have not yielded good results. Injected mainly triamcinilone (40mg / ml). This should be injected intralesionally into the superficial dermis, but should not exceed 0.5ml cm2 of keloids. This application can be repeated every 3 or 4 weeks.

Sustained pressure also helps control keloids. The hypoxia produced decreases the levels of chondrointin-4-sulfate. The pressure should not be excessive and should be used for several months.

The application of silicone films has shown good results.

It has shown good effects in the control of keloids after immediate surgical resection. This can produce hyperpigmentation.

For any questions, suggestions, feedback or comments, please E-mail us. 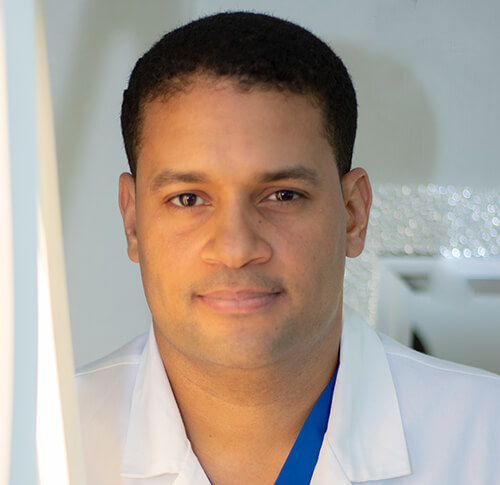 Born in the city of Santo Domingo, Dominican Republic, Dr. Emmanuel Pérez performed several technical courses related to medicine such as basic life support, which allowed him to assist as a Community volunteer in several medical operations where it was given. He realized that his real vocation and passion was medicine like his mother (who is also a doctor), so he made the decision to enter the Autonomous University of Santo Domingo (UASD) to study medicine, where he obtained the degree of Doctor in Medicine.